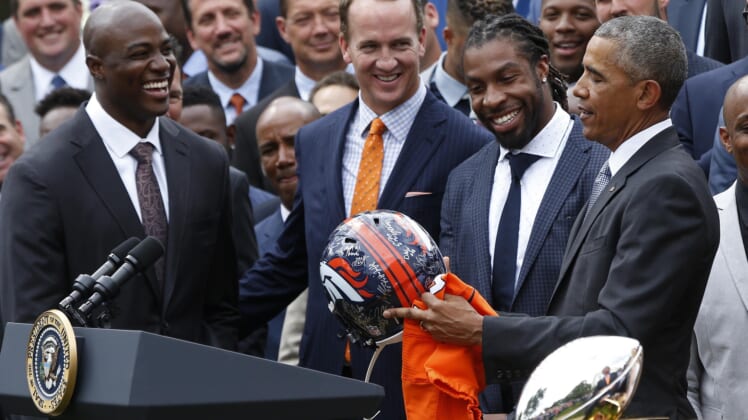 Peyton Manning likes to golf. President Donald Trump also likes to golf. So it wasn’t particularly shocking that the two of them were spotted together with golf gear and equipment at Trump National Golf Club, where President Trump spent four-and-a-half hours Sunday.

Manning was joined by Senator Bob Corker, a Republican from Tennessee.

Spotted on WH South Lawn upon Trump's return from 4.5 hours at his golf club: Peyton Manning and Sen. Bob Corker. (Via pool)

According to pool reports (via The Hill), Manning was spotted with Corker on the South Lawn at the White House.

As noted by Pro Football Talk’s Mike Florio, this may or may not have something to do with Manning’s reported interest in politics. However, back in March, Manning shot down rumors that he wanted to become a senator.

“I don’t know where that came from,” Manning said in March, per the Denver Post. “Last week I was going to run a team, this week I going to apparently run for Senate, and next week I’ll be an astronaut. I have no interest in the political world, but would like to continue serving communities.”

This could have been just a few guys on the course shooting the breeze and enjoying a game. Or maybe it was something more. Inquiring minds would love to know more.