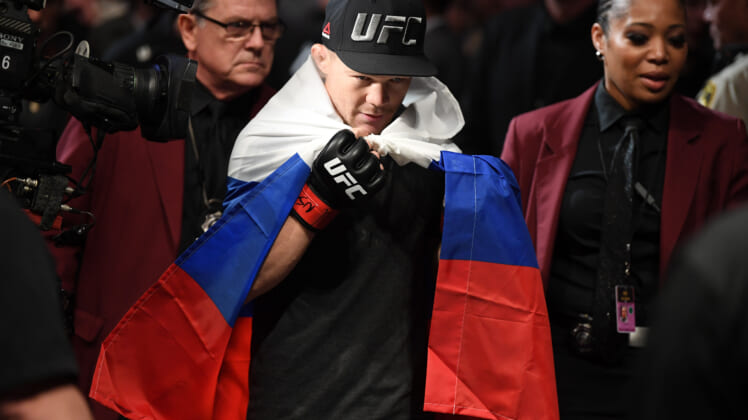 Interim UFC bantamweight champion Petr Yan is going to need to find some fill-in cornerman for his title fight at UFC 273.

Yan, one of the best pound-for-pound fighters on the UFC roster, is set to compete in a title unification matchup in four weeks and serve as the co-main event of UFC 273. On that night, he will have his long-awaited rematch with rival and lineal champion Aljamain Sterling.

A matchup between the two has been planned, scheduled, and then postponed several times since their first fight over a year ago. It was a bout Yan lost by disqualification in the fourth round after landing an illegal knee on Sterling when he was considered to be a downed opponent. It was a battle the Russian was starting to dominate and seemed well on his way to winning.

Petr Yan’s cornermen denied entry into US for UFC 273

The fight will unify the division title with the interim belt “No Mercy” won by beating top-five bantamweight Cory Sandhagen at UFC 267 in October. It is one of the most anticipated bouts of the year and a scrap that has become important to both as they have traded trash talk over social media and interviews for months.

However, it seems that Yan will be heading to the Vystar Veterans Memorial Arena in Florida without his coaches and cornerman. On Tuesday, MMA reporter Bruno Massami broke the news that entry into the United States has been denied for the coaches that were set to corner him in his championship bout.

“Per Igor Lazonin from Russian Tass Agency, Visa request of all corners of Petr Yan was denied from US Government. Yan has 3 years US visa and can enter in the United States to UFC273,” Massami wrote on Twitter.

This major setback for the 29-year-old is another instance of the hard stances that governments around the world have taken against Russia following its invasion of Ukraine three weeks ago. Along with economic sanctions levied on the Russian government and the country’s oligarchs, sports leagues have pulled events from the country, and Visa requests for Russian athletes have been denied in a various nations. 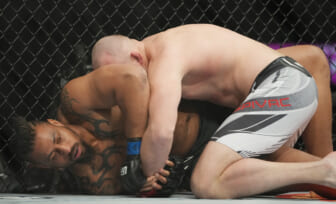