Petition to rid the Steelers of Michael Vick draws more than 15,000 names 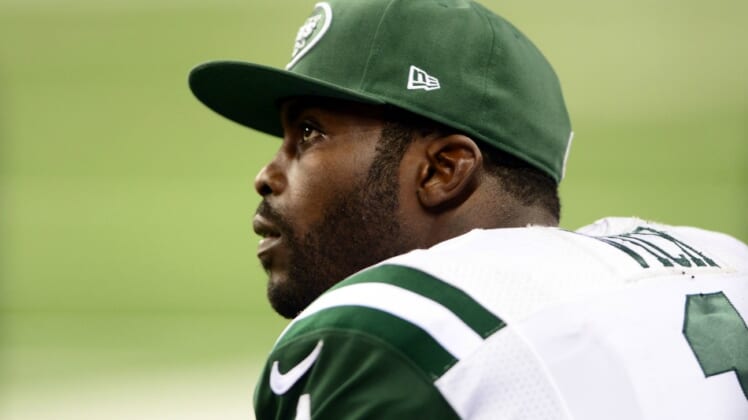 The Pittsburgh Steelers needed to bolster their backup quarterback slot, so they signed veteran Michael Vick to the team on Tuesday.

And, though it’s been eight years since Vick served 21 months in federal prison for his role in running a dogfighting ring, many people are not forgiving or forgetting Vick’s horrible actions.

As of this writing, the petition has soared past 20,000 names and eclipsed 17,000 signatures from people who already want to kick Vick out of Pittsburgh. The petition reads:

“Michael Vick is a convicted felon and no-class piece of crap. He is also a terrible QB which is why he has no team. Let’s united as Steeler fans – as NFL fans – and stop him from playing on our team! Steelers fans united! Sign to keep Vick from ever wearing the coveted Steelers uniform!!”

Those who’ve signed the petition apparently believe Vick hasn’t yet paid his dues to society and shouldn’t have the privilege of playing in the NFL.

Head coach Mike Tomlin is aware of how some people feel about Vick. Per Mark Kaboly of the Pittsburgh Tribune-Review, Tomlin said:

“You are sensitive to those potential things, but we are going to do our due diligence. Rest assured that we have done that. Also, rest assured that he has done a lot since some of the things that he has gone through. His track record to this point speaks for itself.”

In addition to the anti-Vick petition, there is also a Facebook page that some Steelers fans set up. The page called “Pittsburghers Against Michael Vick” is gaining speed, with nearly 14,000 likes as of Wednesday evening.

Obviously, there are two sides to how people feel about Vick. There are the adamant protesters who believe Vick should be locked up forever with the key thrown out. Then, there are those who feel he paid his dues and it’s time to move on.

All we can ascertain is that every time Vick makes a move in the NFL, the anti-Vick crowd is going to speak out.