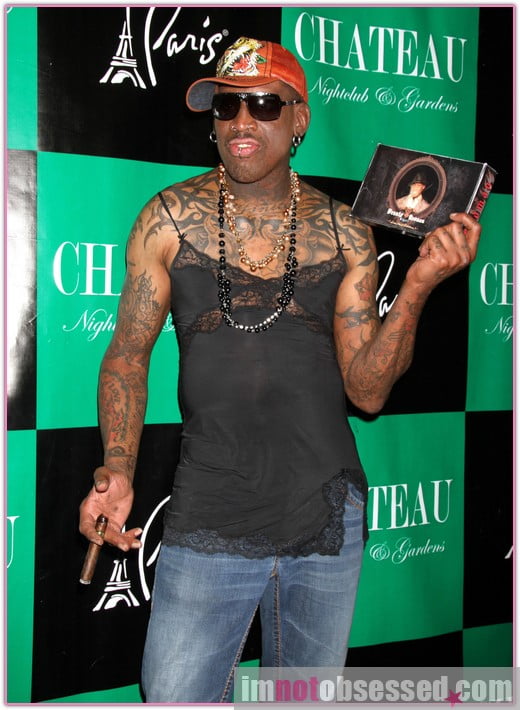 Dennis Rodman is one of the most interesting characters in the history of the sports world. Known for his on-court antics, body markings and amazing haircuts, Rodman starred for five teams during his 14-year Hall of Fame career.

Following his playing days, Rodman has remained an enigmatic figure. That’s only been magnified recently by virtue of a recent visit to one of the most oppressive nations in the world, North Korea.

This was met with a ton of criticism, especially considering the brutal ways of the North Korean regime.

Now, Change.org has decided to start a petition to expel Rodman from the Pro Basketblal Hall of Fame due to his chummy relationship with the powers to be in North Korea.

“Rodman has long been known for his eccentricities, but this has gone too far. As a professional athlete and an NBA Hall of Fame member, Rodman is called to be a role model and set an example for the next generation,” the petition reads. “Individuals that praise murderers have no place being idolized by America’s youth or in any Hall of Fame in the United States.”

There is precedence in the Hall of Fame itself for Rodman’s removal, as the petition itself states.

“According to the Hall’s Board of Trustees, a candidate may be removed if he or she ‘has damaged the integrity of the game of basketball.’ Clearly, Rodman’s actions have tarnished the name and reputation of basketball and it is time that he is removed from the Hall of Fame,” the petition continued.

This likely won’t go too far, but it is an interesting stance to take. After all, the United States remains in a de facto state of war with North Korea following the Korean Armistice Agreement that ended the Korean War.