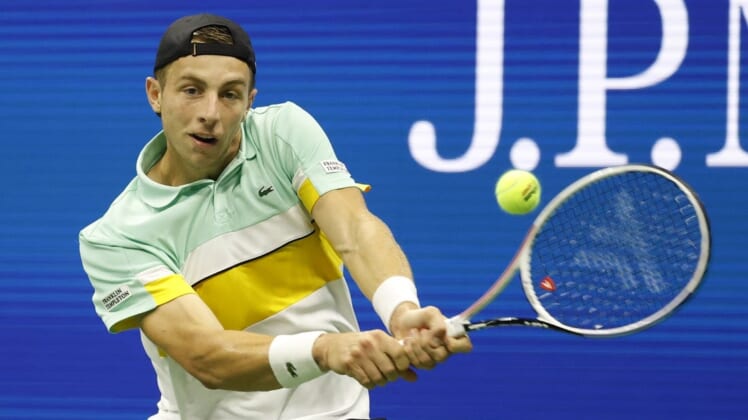 German Peter Gojowczyk, Dutch lucky loser Tallon Griekspoor and American Steve Johnson were among those to win in straight sets on Monday in the round of 64 of the Winston-Salem Open in Winston-Salem, N.C.

James Duckworth of Australia, Frenchman Adrian Mannarino, Chilean Alejandro Tabilo and Chun-Hsin Tseng of Chinese Taipei also won their respective matches to advance to the next round.

Five matches were slated for the nightcap, including a battle between wild card Dominic Thiem of Austria and American wild card J.J. Wolf, and a round-of-32 matchup between sixth seed Nikoloz Basilashvili of Georgia and Brazil’s Thiago Monteiro.