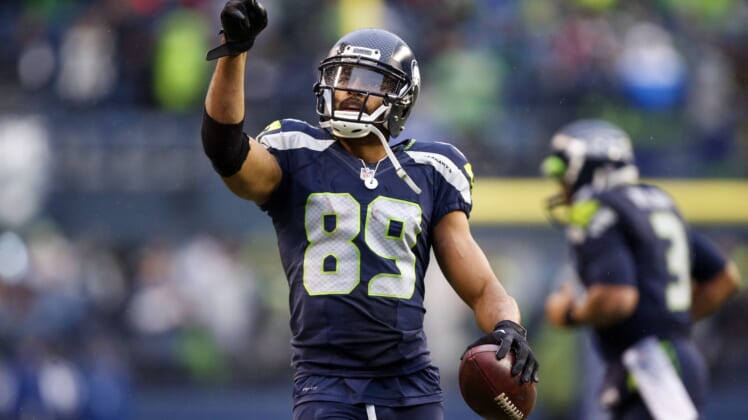 The Seattle Seahawks have been dealt big blow on offense. According to head coach Pete Carroll, the team will be without No. 1 wideout Doug Baldwin for at least a couple of weeks due to a sore knee.

Carroll went so far as to admit that “it’s a little bit of a problem.”

“It’s a little bit of a problem.”—Carroll says of Doug Baldwin. #Seahawks https://t.co/q7MZLC8Lg3

Baldwin’s absence could turn out to be quite the big problem should his knee injury linger beyond the next few weeks. The Seahawks are paper thin at receiver with Tyler Lockett and veteran Brandon Marshall (who’s also been held out of practices) holding down the fort as starters.

Lockett has yet to have a big breakout season and Marshall is coming off an awful 2017 stint with the New York Giants.

Baldwin is quarterback Russell Wilson’s go-to guy, garnering 344 targets and scoring 29 times in his past three seasons of play.

We will continue to provide updates as further information is released by the Seahawks.