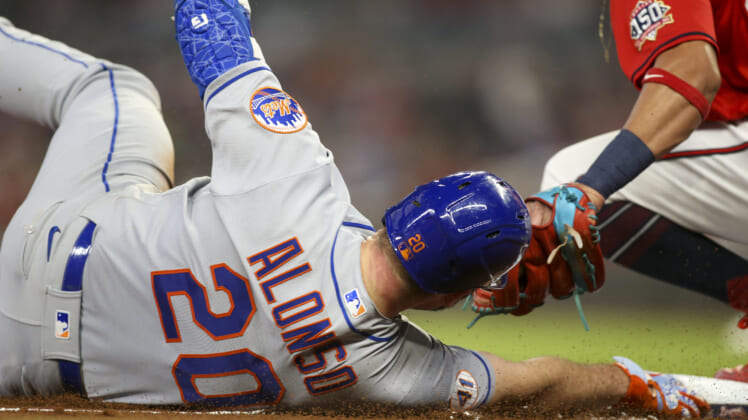 New York Mets star Pete Alonso is at spring training on Monday preparing for the 2022 MLB season. Needless to say, the All-Star first baseman feels lucky to even be alive after surviving a terrifying car accident.

Talking to reports at his locker, Alonso detailed the scary experience of his car rolling over three times. It happened after he said another driver drove through a red light and hit Alonso’s car, causing it to roll over three times.

The 6-foot-3 slugger had to kick through his windshield to create an escape route before pulling himself out of the car. Incredibly, he walked away without any visible scratches and is ready to compete in spring training with an appreciation for his life.

“This is a really special spring training because yesterday was a close experience with death. I’m really thankful to be here.”

The Mets are certainly also grateful one of their most beloved players and a face of the franchise made it out ok. He’ll play an integral part of the team’s hopes to win the NL East and to compete for the MLB playoffs this season.