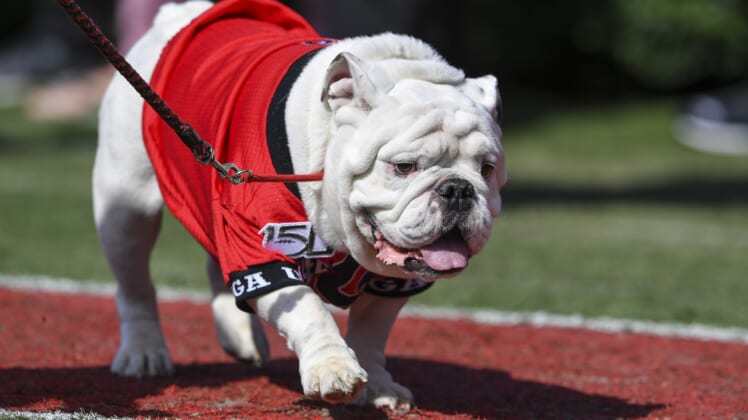 PETA (People for the Ethical Treatment of Animals) wants the Georgia Bulldogs to retire beloved mascot Uga after seeing him in his doghouse on a rainy Saturday afternoon in Athens.

To be fair, Uga did look a bit grumpy on Saturday (and we’re pretty sure he napped heavily) as the rain came pouring down during Georgia’s game against Texas A&M.

After seeing this video, PETA took to social media with its usual fervor, calling on the University of Georgia to “retire Uga immediately!”

It’s worth pointing out this isn’t the first time that PETA has called for Georgia to retire Uga. You may remember an unfortunate mascot-versus-mascot standoff with Texas’ Bevo — an event poor Uga would probably like to forget after he nearly was gored by the Longhorn.

If that experience didn’t warrant a retirement for Uga, we’re betting a rainy day in his doghouse won’t, either.