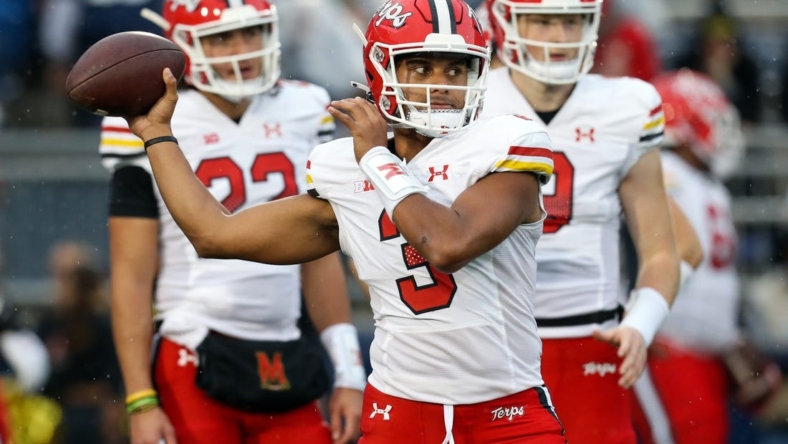 Fellow freshman Kaytron Allen added 73 yards on 16 rushes as Penn State (8-2, 5-2 Big Ten) beat the Terrapins for the seventh time in their past eight meetings.

Penn State made life miserable for Maryland quarterback Taulia Tagovailoa, sacking him seven times and causing him to finish 11-of-22 passing for 74 yards.

Nittany Lions quarterback Sean Clifford went 12 for 23 for 139 yards and one touchdown. A 3-yarder to tight end Brenton Strange opened the scoring.

Penn State faced a fourth-and-1 at the Maryland 45-yard-line, and Singleton found an open lane for an easy touchdown sprint with 4:55 left in the first quarter. History repeated two drives later, when Singleton took another fourth-and-1 carry and powered ahead for a 27-yard touchdown 11:37 before halftime.

The Terrapins tried a fourth-down conversion and came up short, and the Nittany Lions turned it into a 50-yard field goal by Jake Pinegar. Maryland then went three-and-out, allowing Penn State to drive 48 yards in 1:09 to squeeze in a 46-yard field goal and make the score 27-0 by halftime.

Maryland ran 27 plays in the first half and gained 27 yards. The Terps went 1-for-7 on third downs in the half.

Pinegar’s 21-yard field goal in the third quarter represented the only points in the second half, and up by 30, Penn State subbed in freshman Drew Allar at quarterback for most of the second half.

Maryland backup quarterback Billy Edwards Jr. needed to be helped off the field due to a lower-body injury during the fourth quarter.

The Terrapins were blanked for the first time since 2019 — when Penn State beat them 59-0.