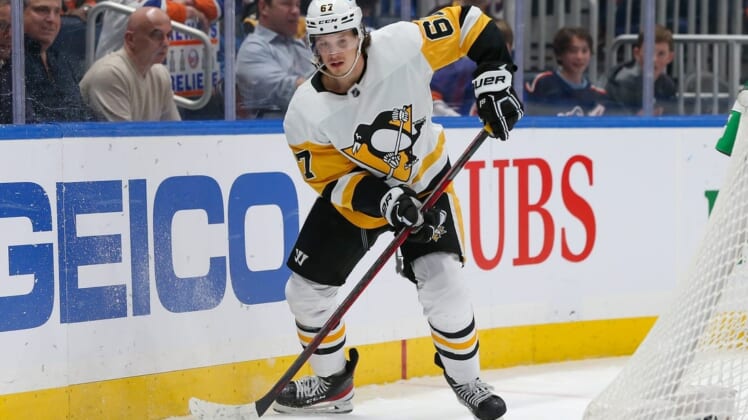 Rickard Rakell, who joined the Penguins in a midseason trade, will be staying in Pittsburgh long term.

The 29-year-old Swedish right winger signed a six-year contract extension with the Penguins on Monday. Rakell’s new deal runs from 2022-23 to 2027-28 and will pay him $5 million per season on average.

“Rickard proved that he is a great addition to our team this season,” Pittsburgh general manager Ron Hextall said in a statement. “He brings versatility and offense to our lineup, and we know he will be an impactful player for us going forward.”

Rakell spent 9 1/2 seasons with the Anaheim Ducks before he was dealt to the Penguins on Feb. 21 in exchange for a 2022 second-round draft choice, centers Zach Aston-Reese and Dominik Simon and goalie Calle Clang.

Rakell produced four goals and nine assists in 19 regular-season games for the Penguins, giving him 20 goals and 21 assists in 70 games on the season. He had no points in two postseason games.

Earlier Monday, multiple media outlets reported that 35-year-old center Evgeni Malkin will not re-sign with the Penguins prior to the start of free agency on Wednesday.