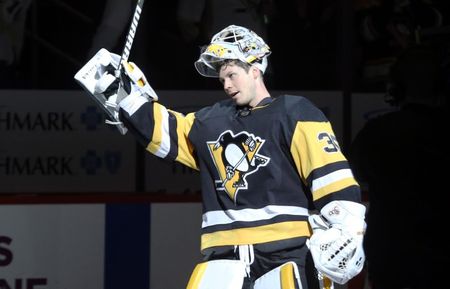 Jarry’s signing could spell an end to Matt Murray’s time with the Penguins. Murray helped Pittsburgh win Stanley Cup titles in 2016 and 2017, with speculation now centered on his possible trade.

Murray, 26, will become an unrestricted free agent this month. He started 38 games this past season going 20-11-5. He has the third most wins in Penguins history at 117.