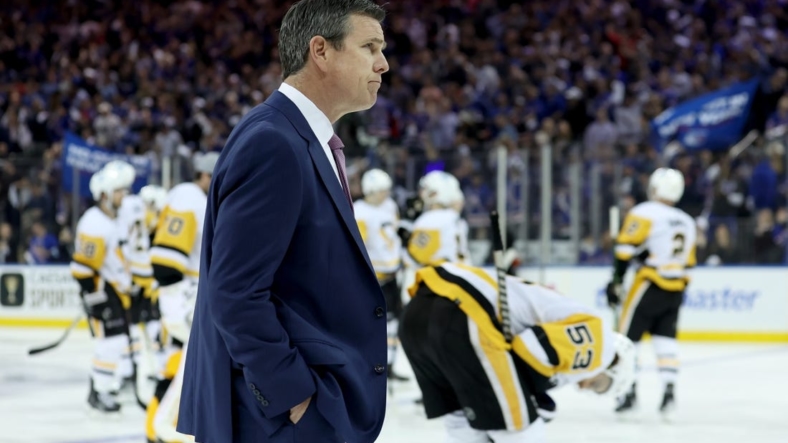 The Pittsburgh Penguins agreed to a three-year extension with coach Mike Sullivan on Tuesday that runs through the 2026-27 season.

Sullivan has been Pittsburgh’s coach for the past seven seasons and guided the club to Stanley Cup championships in 2016 and 2017.

“Mike is one of the top coaches in the National Hockey League and it was important for us to have him signed long term,” Penguins general manager Ron Hextall said in a news release. “He is a great leader that finds success through communication, honesty and accountability. We know that Sully is committed to continuing a winning culture here in Pittsburgh.”

“This is a wonderful day for the entire organization with Mike committing to remain as head coach for the long term with the Penguins,” Fenway Sports Group principal owner John Henry said in the release. “He has clearly demonstrated what an effective leader he is and it’s evident how well players respond to his philosophy and work ethic night after night, month after month.”

Sullivan, a native of Marshfield, Mass., also coached the Boston Bruins for two seasons earlier in his career, ending with the 2005-06 season. He is 367-212-15 in nine seasons as an NHL head coach.

Pittsburgh went 46-25-11 (103 points) last season and lost to the New York Rangers in the first round of the playoffs.