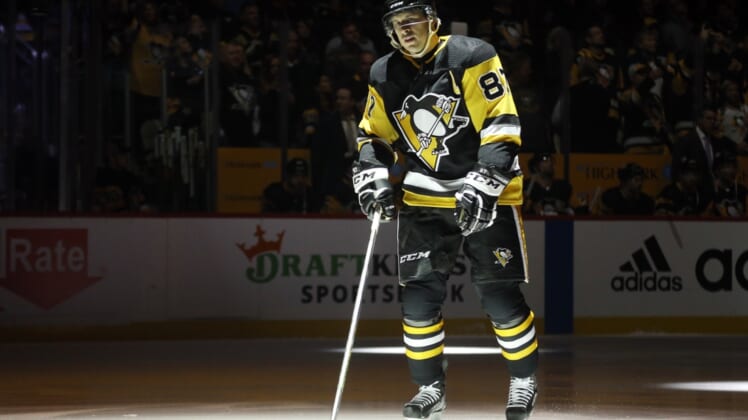 Crosby, who absorbed a high, hard hit from Rangers defenseman Jacob Trouba in Game 5 on Wednesday, did not participate in Pittsburgh’s morning skate Friday. Crosby did skate with skills coach Ty Hennes.

The Penguins have a 3-2 lead in the Eastern Conference first-round playoff series. Game 7, if necessary, would be on Sunday in New York.

Crosby, 34, did not return to the game after the second-period hit from Trouba, who was not penalized on the play or disciplined by the league. The Rangers stayed alive in the series with a 5-3 home victory.

Crosby has two goals and seven assists in the series. In the regular season, the three-time Stanley Cup champion had 31 goals and 53 assists in 69 games.

Jarry has not played since breaking a bone in his foot on April 14. He resumed on-ice workouts last weekend.

Dumoulin (undisclosed) and Rakell (head) have not played since Game 1, a 4-3 victory by the Penguins in triple-overtime on May 3.