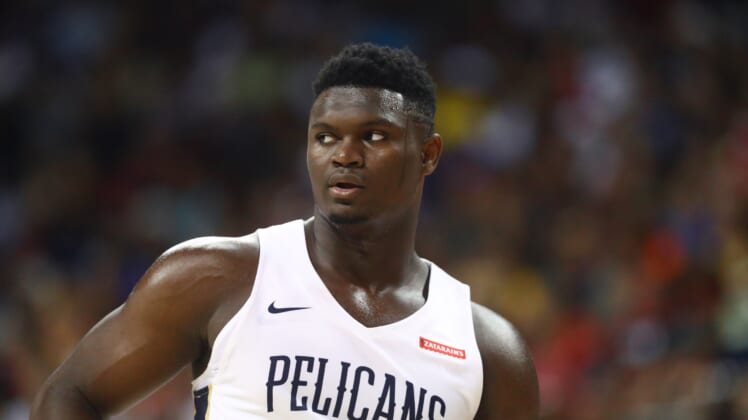 Zion Williamson wowed during his first (and only) summer league action last week, and he’s been shut down following a minor injury to his knee.

New Orleans Pelicans general manager David Griffin appeared on ESPN’s “The Jump” Tuesday to discuss a few things. Among them was the status of Zion’s knee, which he said is “fine.”

However, Griffin pointed to Williamson’s conditioning, or lack thereof, as a major point.

“He came to us — he wasn’t in great condition,” Griffin said. “From a cardio perspective, it wasn’t a great situation to begin with. So when he took that shot, really it was just, from my standpoint, it was more caution than anything else to shut him down at that point, because there’s really no reason to push him when he was in the situation he was in.”

Vince Carter was also on set with host Rachel Nichols an Griffin, and he heartily agreed with the idea that Williamson wasn’t in great shape.

Griffin also said that Williamson “wants to be great” and is putting in the work to get into the kind of shape he’ll need to be in order to dominate at the NBA level.