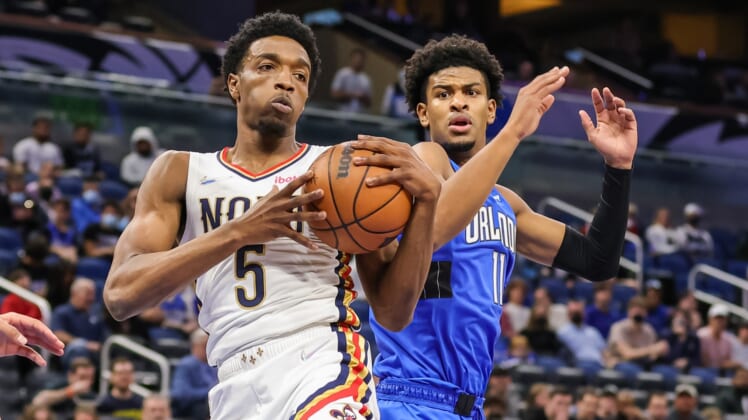 Brandon Ingram scored a game-high 31 points, and the New Orleans Pelicans continued their longest win streak of the season with a 110-104 victory over the host Orlando Magic on Thursday night.

Josh Hart (22 points) made four 3-pointers and Devonte’ Graham (20 points) sank five triples, helping New Orleans win its fourth game in a row. The Pelicans were without starting center Jonas Valanciunas (non-COVID illness) as well as key reserve Nickeil Alexander-Walker, who was placed in the league’s health and safety protocols on Thursday.

Ingram opened the third quarter by making five consecutive jumpers, as the Pelicans extended a 55-43 halftime advantage to 65-45. Orlando countered with a 33-18 run to get within 83-78 entering the final period.

The Magic trailed 99-97 with 1:54 to go, but they were unable to complete the comeback as New Orleans finished 23-of-26 at the free-throw line.

Willy Hernangomez moved into the Pelicans’ starting lineup and had a season-high 16 rebounds, seven on the offensive end.

The Magic, who returned home following an eventful road trip that included a postponement in Toronto and wins over Brooklyn and Atlanta, were in search of their first three-game winning streak since February of the 2020-21 season.

Franz Wagner scored 17 of his 20 points in the third quarter.

New Orleans improved to 6-12 on the road, while Orlando’s home struggles continued with its 11th loss in 13 games at the Amway Center.