WATCH: Pedro Baez removed from game after being hit by 103 mph comebacker 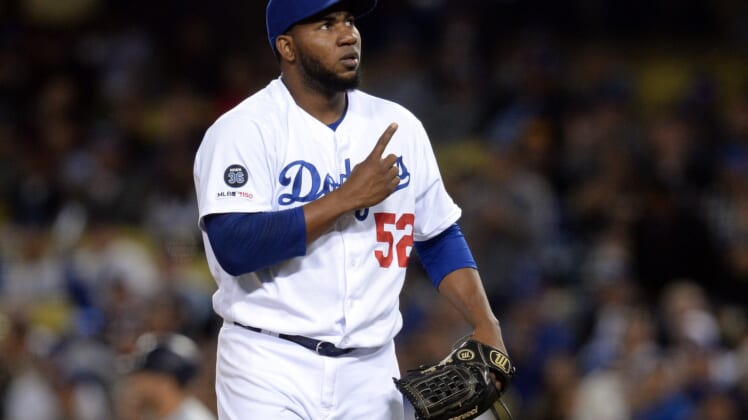 Los Angeles Dodgers reliever Pedro Baez left Tuesday’s game against the Tampa Bay Rays after being struck by a comebacker off the bat of Willy Adames.

The ball — which Juan Toribio of MLB.com noted was hit at 103 mph — hit Baez in the leg. He was taken out of the game and helped off of the field.

Pitchers are closer to the hitter than any fielder excluding the catcher. When they throw the ball, they’re frequently not in ideal position to defend, either. When a ball is hit that hard, there’s very little that a pitcher can do.

We can only hope that the injury doesn’t end up being as bad as it appears. Because this certainly looks ugly.