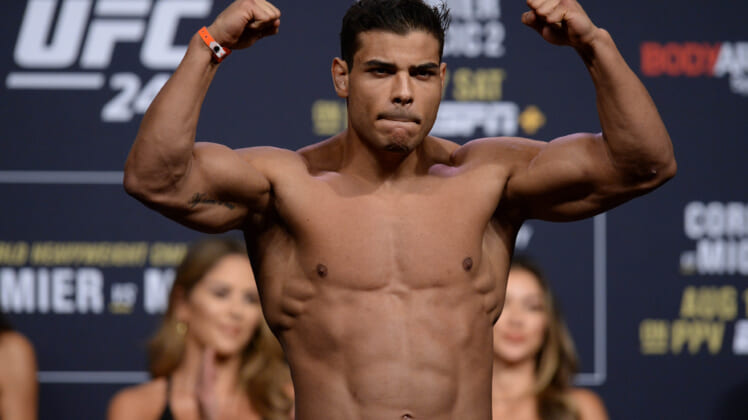 A booking pitting Paulo Costa vs Luke Rockhold in a battle of middleweight stars is set to be a featured bout at an unannounced UFC card in August.

On Tuesday, Brazilian combat sports outlet Combate was told by sources that former 185-pound title challenger Costa and one-time middleweight champion Rockhold have verbally agreed to a matchup for a planned UFC card on August 20. The outlet was unsure if the bout would serve as the UFC Fight Night event’s main event or co-main event.

It is unclear if the bout will take place at middleweight or light heavyweight since both have recent experience competing in both weight classes inside the Octagon.

In April, Rockhold went after the Brazilian in an interview with TMZ Sports. Questioning “Borrachinha’s” toughness and making accusations that he was dodging the former champion after an offer to face him had already been made by the promotion. It seems the trash talk worked and the former Strikeforce middleweight champion will get the fight he was hoping for.

Costa, 31, is currently on a two-fight losing streak after coming up short in a second-round technical knockout loss to division king Israel Adesanya in Sept. 2020, and then losing a hard-fought unanimous decision to fellow former contender Marvin Vettori, at light heavyweight, in the pair’s Oct. clash. Before his recent losing skid Costa had won his first 13 bouts, with 11 ending early by knockout.

After becoming the UFC middleweight champion in 2015, Rockhold’s career path inside the Octagon has hit some unexpected low points. In the nearly seven years since he beat Chris Weidman at UFC 194, he has only competed four times and lost three of those bouts by knockout. Injuries and a belief he has been underpaid by the promotion have also led to his inconsistent fight schedule in that time.