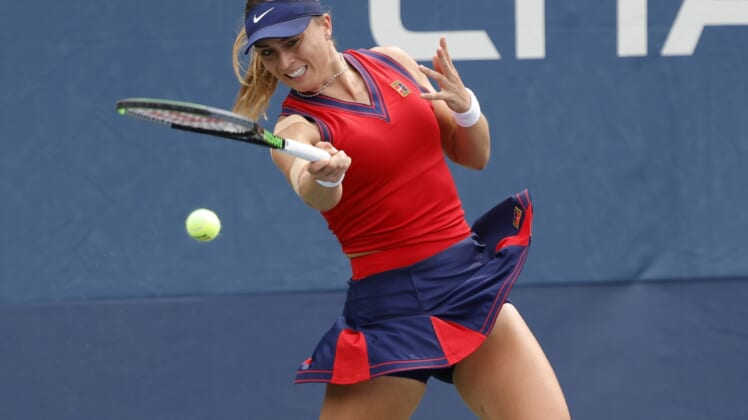 Paula Badosa was among five straight-sets winners in the first round of the J&T Banka Ostrava Open on Monday in Ostrava, Czech Republic.

The ninth-seeded Badosa cruised over Varvara Gracheva of Russia, 6-2, 6-2, in the quickest match of the day. The Spaniard needed only one hour, 13 minutes to exact revenge for a second-round loss to Gracheva in the U.S. Open earlier this month.

Badosa did not face a break point Monday and won nearly as many points on Gracheva’s serve (32) as Gracheva did (33). Next up for Badosa is Anett Kontaveit of Estonia, who improved to 5-0 all-time against Sorana Cirstea of Romania with a 6-4, 6-4 victory.

Other winners Monday were Anastasia Potapova of Russia, who defeated France’s Caroline Garcia 6-2, 7-6 (6), and Poland’s Magda Linette, who earned a 6-2, 7-6 (3) triumph over Oceane Dodin of France.