Paul Watson Jr. explodes for 30 as the Toronto Raptors top the Orlando Magic 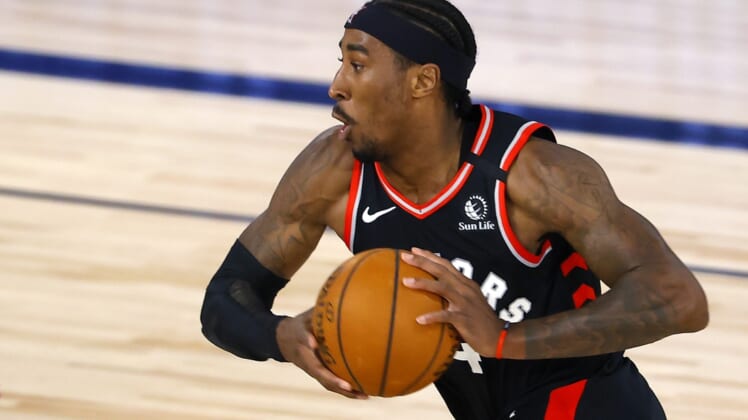 Paul Watson Jr. scored 20 of his career-best 30 points in the third quarter in his first career start and the Toronto Raptors defeated the visiting Orlando Magic 113-102 Friday night at Tampa.

Watson was 8-for-11 from 3-point range as the Raptors won their eighth straight game over the Magic dating to April 1, 2019.

Yuta Watanabe also had a career-best with 21 points for the Raptors, who have won two in a row. Stanley Johnson added 13 points, Chris Boucher scored 11 and Freddie Gillespie had 10.

Fred VanVleet, who had missed six games with a hip flexor and one more with a suspension, returned to score six points with six assists. VanVleet’s streak of 76 straight games with a 3-pointer ended. He was 0-for-6 from 3-point range.

Wendell Carter Jr. had 20 points and nine rebounds for the Magic, who have lost seven of eight. Cole Anthony added 19, Chuma Okeke scored 14 and Dwayne Bacon had 12.

The Raptors, who trailed by four points at halftime, outscored the Magic 38-19 in the third quarter to lead by 15 points entering the fourth quarter.

Rodney Hood opened the fourth quarter with a jumper that gave Toronto a 17-point lead. The Raptors led 94-76 after Johnson’s 3-pointer with 8:13 to play.

Watson’s 3-pointer gave Toronto a 57-55 in the third quarter. The Magic tied the game at 61 on a 3-pointer by Terrence Ross with 6:46 left in the third. The Raptors went on a 15-0 run capped by four consecutive 3-pointers by Watson. Johnson’s layup completed the third-quarter scoring and gave Toronto an 85-70 lead.

Michael Carter-Williams (ankle) did not play for Orlando.