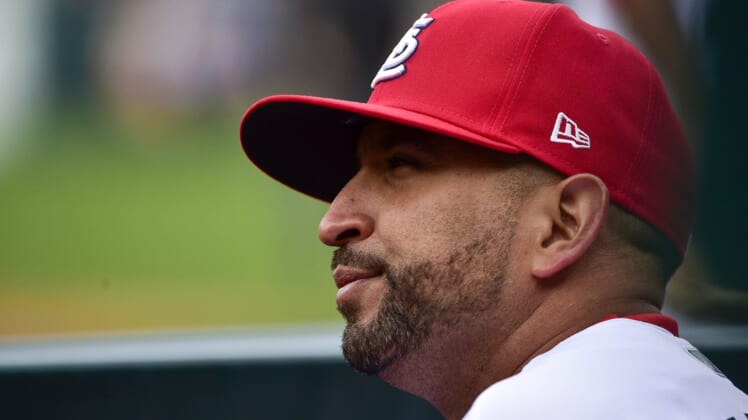 Paul Goldschmidt drove in three runs as the St. Louis Cardinals rolled to a 10-1 victory over the visiting Baltimore Orioles on Wednesday to snap a three-game losing streak.

Goldschmidt went 2-for-3 with double and a walk to extend his on-base streak to 18 games. Brendan Donovan had two doubles, two walks, two RBIs and three runs.

Cardinals starting pitcher Miles Mikolas (3-1) worked seven innings and allowed one run on four hits and a walk. He struck out three. Jake Walsh blanked the Orioles over the final two innings in his major league debut.

The Cardinals muscled up in the second inning to take a 3-0 lead. Juan Yepez started the outburst with a solo homer, extending his career-opening hitting streak to seven games.

Mikolas retired the first nine batters before the Orioles threatened in the fourth inning. Cedric Mullins hit a leadoff single, then moved to second base on a groundout and third on a flyout.

Third baseman Nolan Arenado robbed Austin Hays of an RBI double with an excellent play on a hard smash down the line, ending the inning.

The Cardinals pushed their lead to 7-0 in the bottom of the frame on a RBI single by Tommy Edman, a two-run double by Goldschmidt and Arenado’s run-scoring double.

The Orioles broke through against Mikolas in the fifth inning when Jorge Mateo reached on a single and raced home on Robinson Chirinos’ pop-fly double to cut the deficit to 7-1.

Goldschmidt’s RBI single in the sixth inning restored the Cardinals’ seven-run lead. In the eighth, run-scoring groundouts by Edman and Kramer Robertson, in his first big league at-bat, made it 10-1.