Paul Goldschmidt homers in return to Arizona, gets standing ovation 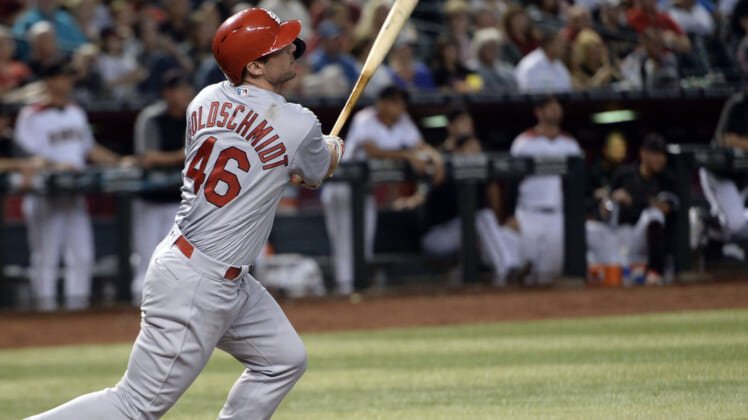 Paul Goldschmidt starred in Arizona as a member of the Diamondbacks for eight seasons.

Having earned five All-Star appearances and finishing in the top-three of MVP voting three times, he’s considered one of the greatest players in franchise history.

Now a member of the St. Louis Cardinals after an offseason trade, Goldschmidt made his return to the desert on Monday. It was a triumphant one.

This two-run blast off Alex Young represented Goldy’s 100th career homer in Arizona. It was also followed by a standing ovation from fans in the desert.

Some things are bigger than winning and losing, especially at this late point in the season. We found that out first hand in Boston last week. We can now add this moment to the growing list.