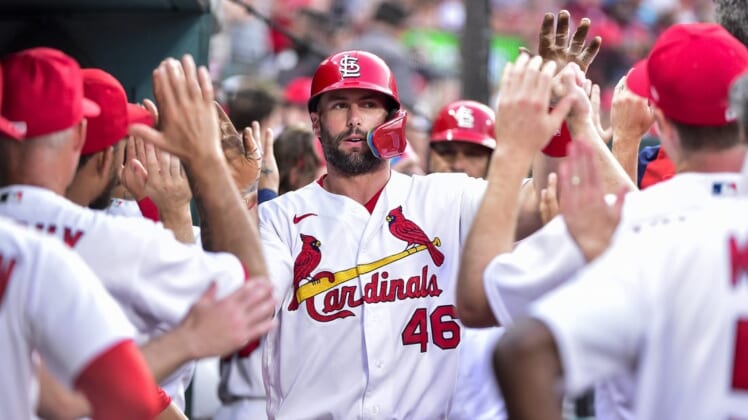 The Cardinals won for the eighth time in 11 games while the Padres lost for the fifth time in seven games.

Padres third baseman Manny Machado and San Diego manager Bob Melvin were ejected in the sixth inning by home plate umpire Chris Segal. Machado threw his bat and helmet after a called third strike and Melvin argued on his behalf.

Paul Goldschmidt drew a walk in the first inning to extend his on-base streak to 36 games. Nolan Arenado snapped a 0-for-17 slump with single, but Snell struck out the next two batters.

The Cardinals took a 2-0 lead in the third inning. Brendan Donovan walked and scored when Goldschmidt hit a double to extend his hitting streak to 22 games.

The Padres tied the game in the eighth inning off reliever Giovanny Gallegos. Jorge Alfaro hit a double and Grisham smacked his homer.

Arenado and Pujols hit two-out singles off reliever Luis Garcia in the bottom of the eighth inning, but Lars Nootbaar grounded out.

Edmundo Sosa hit a double in the ninth, but Padres reliever Robert Suarez worked out of the jam to send the game to extra innings.

Tommy Edman stole third with one out in the bottom of the inning to set up Pujols’ sacrifice fly.