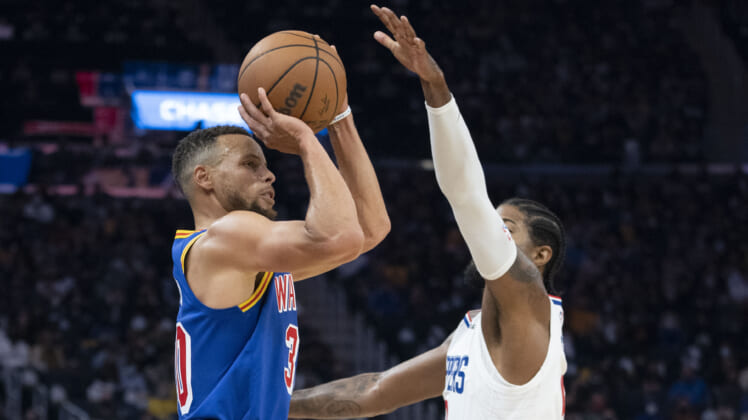 There was an epic battle going on last night in California as the Golden State Warriors took on the Los Angeles Clippers. During the duel, stars Stephen Curry and Paul George were at their very best. As usual, Curry got the better end of the deal, but George provided some extra motivation for the greatest shooter of all time.

George dropped 29 points, hitting 5-of-11 from 3-point land. It was an impressive performance to say the least.

But Curry scored 45, including making 8-of-13 three-pointers. While Curry was hot from the start, with a perfect shooting percentage in the first frame, he eventually cooled off, giving the Clippers a chance to come back.

That’s when Paul George opened his mouth and thought it would be a bright idea to trash talk Steph Curry. Mic’d up for the game, perhaps George was just trying to provide some entertainment, not realizing Curry actually has the skill to take him up on his bold dare as the game grew more intense in the waning moments.

In a game that featured 10 lead changes and was tied six times, here’s what George decided to do with just a few minutes left in the fourth quarter.

Well, the Warriors won the game 115-113. George talking some smack to Curry likely didn’t help. It’s usually not a great idea to get into such contests with those who are absolutely better at their craft. Better luck next time.