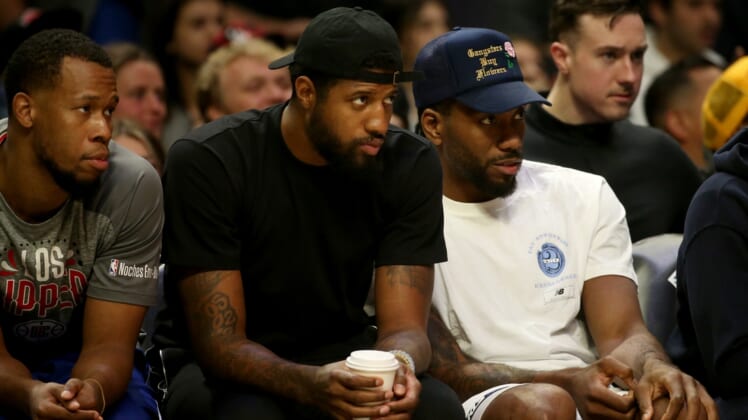 Seven-time All-Star Paul George is returning to practice Thursday with the Los Angeles Clippers, the next stage of his recovery from a torn ligament in his right (shooting) elbow.

George, 31, is still listed as out for Friday night’s game against the visiting Philadelphia 76ers.

George has not played since Dec. 22 after tearing his ulnar collateral ligament. He first missed four games from Dec. 8-18, returned for two games then hit pause on his season to allow the elbow to rest and recover.

Season-ending surgery was on the table, at one point.

The Clippers (36-38) are entrenched in the eighth spot. With just eight games remaining, it will be hard for the Clippers to ascend to the seventh spot and it’s unlikely the Lakers can catch them at No. 8.