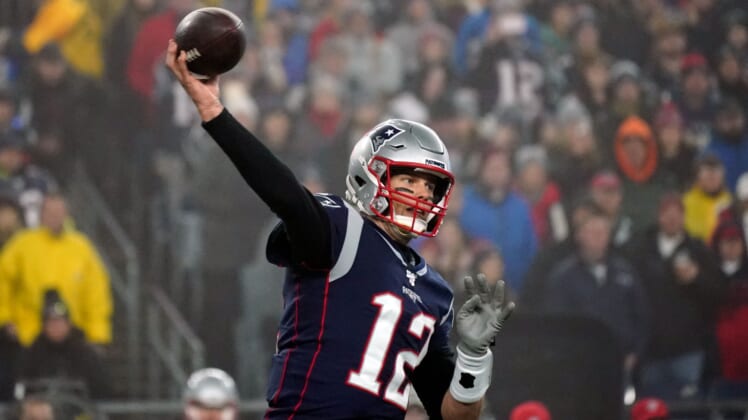 The New England Patriots have benefitted from Tom Brady playing on team-friendly contracts for years. Those days are gone and with the increasing threat of Brady leaving in free agency, the Patriots are reportedly willing to pay up for the future Hall of Famer.

According to NFL Network’s Ian Rapoport, the Patriots are willing to offer Brady a contract worth more than $30 million annually if it entices him to stay with the organization. Brady is keeping an open mind about free agency, but has reportedly made it clear to New England what it must do to bring him back.

It’s going to take more than just money to land him. He also made it clear to the front office that he wants to see them bring in more weapons to help him next season.

The Patriots’ offense struggled this past season with an underwhelming receiving corps. Brady threw for 4,057 yards this season with 24 touchdowns and just eight interceptions, but the offense lacked explosiveness and it came apart late in the year.

If the Patriots want to keep their future Hall of Famer and fight off competition from teams like the Los Angeles Chargers, they must prove it this offseason with a big contract and even bigger moves.