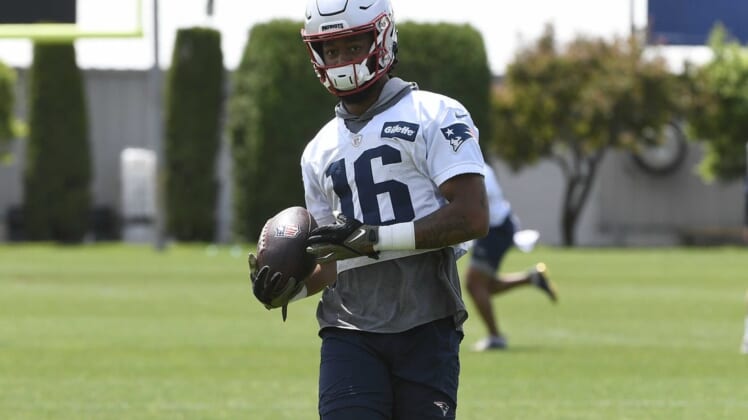 Meyers was New England’s leading wide receiver in 2021, with 83 catches and 866 yards. He signed his one-year tender worth $3.986 million, which ESPN originally reported Monday.

Meyers will become an unrestricted free agent after the 2022 season unless he reaches a long-term agreement with the Patriots. Meyers, who signed as an undrafted free agent in April 2019, has 168 catches for 1,954 yards and the two TDs in 46 games (26 starts) for the Pats.

Humphrey spent his first three NFL seasons with the New Orleans Saints. In 18 career games (six starts), he has hauled in 16 receptions for 295 yards and three touchdowns. Strong was selected out of FCS South Dakota State.