“Excited to have him,” Kraft told TMZ Sports on Friday. “He’s a great guy, and he did so much for us. I love him.”

Kraft’s response came two days after the 2021 season schedule was released by the NFL.

While Kraft admittedly is excited to see Brady and the Tampa Bay Buccaneers on Oct. 3, the Patriots have other games to address before facing their former quarterback.

Brady, 43, captured three NFL MVP awards and six Super Bowl titles during his 20 seasons with the Patriots. He left in free agency in March 2020 and added another Super Bowl championship in his first campaign with the Buccaneers.

“It’s like when your high school friends meet your college friends,” Brady wrote on Twitter of the teams’ matchup.

Brady threw for 4,633 yards and 40 touchdowns with the Buccaneers last season.

Conversely, the Patriots look to rebound after a 7-9 record last season resulted in missing the playoffs for the first time since 2008. Cam Newton, first-round draft pick Mac Jones out of Alabama and Jarrett Stidham are the team’s quarterbacks. 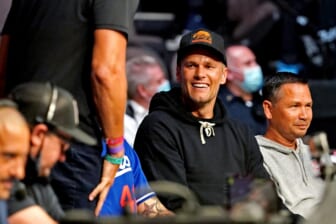