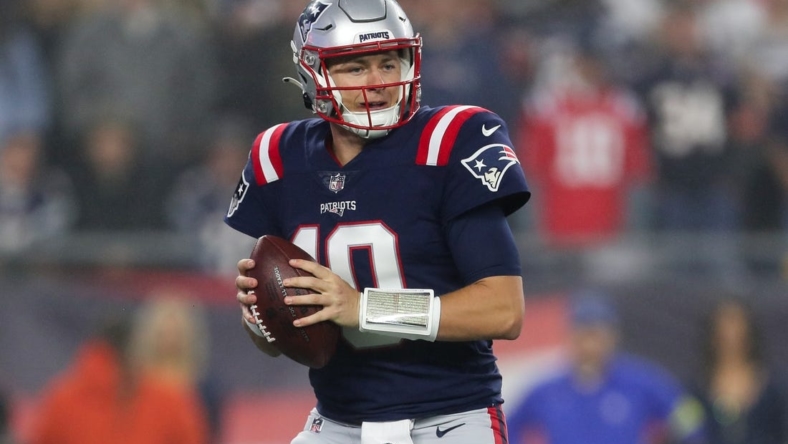 “Mac took a full workload (Wednesday). I expect him to be fully available here for the game and ready to go,” Belichick said Thursday.

When a reporter asked Belichick to confirm that Jones would be the starter, the coach responded with the following:

“That’s what I just said, isn’t it? He got a full load,” Belichick said.

Belichick added that Jones is getting the start because he’s fully healthy. Jones played for the first time on Monday since sustaining a high-ankle sprain on Sept. 25.

Jones was pulled after three series in the Patriots’ 33-14 loss to the Chicago Bears on Monday night. Belichick said after the game that Jones wasn’t removed for performance. However, he also said it wasn’t a medical decision.

Rookie Bailey Zappe replaced Jones and played the rest of the game, throwing for 185 yards and a touchdown with two interceptions.