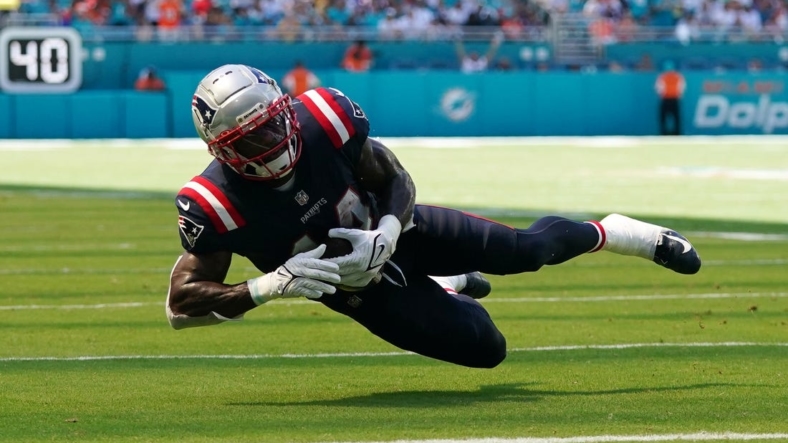 The New England Patriots placed running back Ty Montgomery on injured reserve Tuesday, two days after he attempted to play through a right knee injury.

The move means Montgomery must miss at least the next four games, beginning with Sunday’s contest against the host Pittsburgh Steelers.

The eight-year veteran was injured during a preseason game against the Las Vegas Raiders on Aug. 26 and carted from the sideline to the locker room.

However, he was active for Sunday’s 20-7 loss to the Miami Dolphins and played a total of 21 snaps. He rushed twice for minus-2 yards, caught three passes for 15 yards and a touchdown and returned one kickoff for 28 yards.

Montgomery, 29, has rushed for 1,178 yards and seven touchdowns, caught 142 passes for 1,119 yards and four scores and averaged 22.4 yards on kick returns in 79 games (20 starts) during eight NFL seasons with five teams. This is his first season with the Patriots.

Humphrey, 24, was elevated to the active roster for the Miami game and reverted back to the practice squad afterward. It was his first game for the Patriots after playing in 18 for the New Orleans Saints from 2019-21, catching 16 passes for 295 yards and three scores.

Cannon, 34, spent his first nine NFL seasons (2011-19) with the Patriots before opting out of the 2020 COVID-19 season. He returned to play four games for the Houston Texans last season and has made 119 regular-season appearances (73 starts).