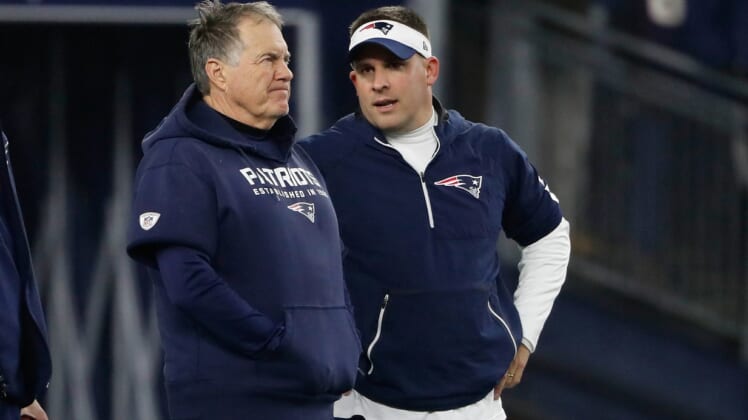 Speaking with reporters during a video conference on Friday, McDaniels indicated he is worried about giving away too much to opposing teams in such a quiet environment.

“If it’s quieter, I think there’s some things you probably have to protect,” McDaniels said, per NBC Sports Boston. “You can’t change your language. It’s like, if we know English, we can’t teach them Spanish before Week 1.

“I think you probably will self-scout yourself a little bit more with the television copy (of the game film), because they have the mics all over the place. So, you have to be careful (about) how much of what you’re saying is easily detectable. I think it’s more about protecting yourself and not giving everything away week after week.”

Some might chuckle at the irony that a Patriots coach is worried about what could be construed as cheating. However, McDaniels’ point is a salient one. If games are played in empty stadiums, you can bet your bottom dollar that teams will try to use that to their advantage.

Will NFL allow fans in stadiums this season?

The Patriots have already taken steps to reduce stadium capacity in 2020. Many other teams have done the same, and some have taken it a step further.

The Las Vegas Raiders officially announced they won’t have any fans in their brand new stadium this season. The New York Giants and Jets won’t have fans in MetLife Stadium to open the season, if at all.

So, at least in some games, it’s going to be a much different experience for players, coaches, and fans alike.