The New England Patriots elevated quarterback Brian Hoyer and kicker Nick Folk to the 53-man roster from the practice squad on Saturday and placed receiver Malcolm Perry on injured reserve.

The Patriots released both players on Aug. 31 but then signed them to the practice squad the following day. 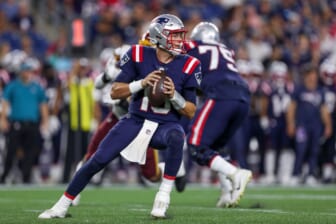 Perry was claimed off waivers from the Miami Dolphins on Sept. 2. He has a foot injury.