Patriots legend, AFL great Gino Cappelletti passes away at the age of 89 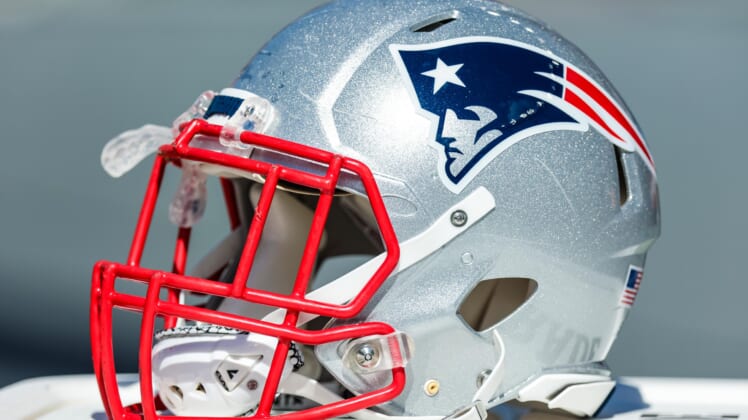 Gino Cappelletti, one of the all-time football greats passed away early Thursday morning at his home. He was 89 years old.

A member of the New England Patriots Hall of Fame, Cappelletti was actually a part of the Boston Patriots, of the AFL from 1960-70.

Gino “The Duke” Cappelletti was a man of many talents

Born in Keewatin, Minnesota, Cappelletti stayed in-state to play college football with the Minnesota Golden Gophers, where he was the backup quarterback and kicker. He went undrafted in 1955.

This prompted him to take his skills to Canada, where he played parts of three seasons, in addition to being drafted to the U.S. Army in 1956, where Cappelletti remained until 1958. Returning to play for the Sarnia Golden Bears, Cappelletti helped lead his team to a league championship in ’58. He then spent a year out of football before later becoming a true star in the AFL.

Like many of the football players of his era, Cappelletti played multiple positions with the Patriots. Initially, “The Duke” started out as a kicker and defensive back, before switching to wide receiver in his first year with the team.

In all, Cappelletti was the AFL’s scoring leader in five different seasons, making the All-Star team each time. While the AFL merged with the NFL after the 1970 season, Cappalletti retired as the former’s all-time scoring leader with 1,130 points, which included 42 touchdowns, 176 field goals made, and 342 extra point conversions.

Cappelletti held the Patriots’ team scoring record for 35 years until Adam Vinatieri surpassed him in 2005.

One other unique feat, Cappelletti is the only player to have ever run and thrown for a two-point conversion, catch a pass, intercept a pass and return both a kick and punt in the same season.

After his retirement from pro football, Cappelletti still wasn’t ready to step away from the game he loved. From 1972-78, he worked as a radio broadcaster until becoming a special teams coach with the Patriots from 1979-81 under Ron Erhardt.

Cappelletti eventually returned to broadcasting in 1988 where he worked through the 2011 season with the Patriots. Gil Santos and Cappelletti worked together for 28 seasons as the team’s local radio broadcasters.

One of the all-time greats of the organization, Cappelletti was inducted into the Patriots Hall of Fame in 1992.

“My heart aches after learning of Gino Cappelletti’s passing this morning. For the first 51 years of this franchise’s history, Gino contributed as an all-star player, assistant coach and broadcaster. You couldn’t be a Patriots fan during that era and not be a fan of Gino’s. The Patriots have had many iconic, fan-favorite players over the years. Gino was the first. I remember watching him play in 1960 and throughout his career. He was one of the AFL’s biggest stars, becoming the first Patriots player to earn league MVP honors and retiring as the league’s all-time leading scorer. He became the second player in franchise history to earn Patriots Hall of Fame induction and I will always believe he deserves to be in the Pro Football Hall of Fame. As great of a player as he was, he was an even better person and storyteller. On behalf of my family and the entire Patriots organization, we extend our heartfelt condolences to Gino’s wife, Sandy, their three daughters, Gina, Cara and Christina, and their 10 grandchildren, as well as the many others who will be mourning his loss.”