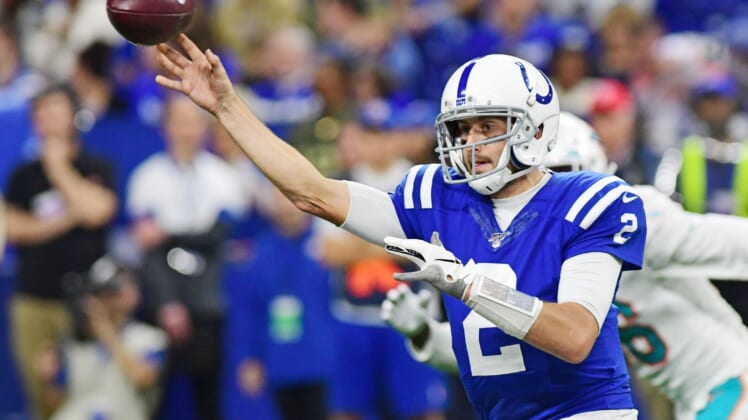 The New England Patriots have landed their veteran quarterback, as they’ve reportedly agree with Brian Hoyer on a contract for 2020.

Hoyer played for the Indianapolis Colts last season, appearing in four games while starting one in place of Jacoby Brissett. He completed just 53.8% of his passes for 372 yards with four touchdowns and four interceptions.

This likely won’t mean too much for New England’s offense. Despite his experience, Hoyer is likely not going to be the starter in 2020. If the team makes no further moves to bolster the quarterback position in free agency, it seems more likely that Jarrett Stidham will get the opportunity to start.