If anyone thought the New England Patriots would separate themselves from the recently suspended Tom Brady, they can now throw that out the window.

In a calculated act of defiance against the National Football League, New England changed its twitter profile image to the back of Brady’s No. 12 jersey. 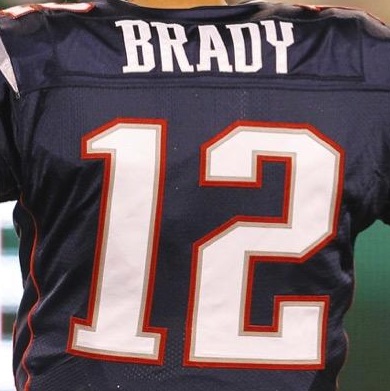 This fits nicely with the statement Patriots owner Robert Kraft made following the announcement of the league’s punishment on Monday.

We are humbled by the support the New England Patriots have received from our fans throughout the world,” Kraft said. “We recognize our fans’ concerns regarding the NFL’s penalties and share in their disappointment in how this one-sided investigation was handled, as well as the dismissal of the scientific evidence supported by the Ideal Gas Law in the final report. Tom Brady has our unconditional support. Our belief in him has not wavered.

In addition to Brady likely appealing his suspension within the next couple days, it’s expected that the Patriots will appeal their part of the Deflategate punishment. The team was fined $1 million and docked a first-round pick in 2016 as well as a fourth-round pick in 2017.