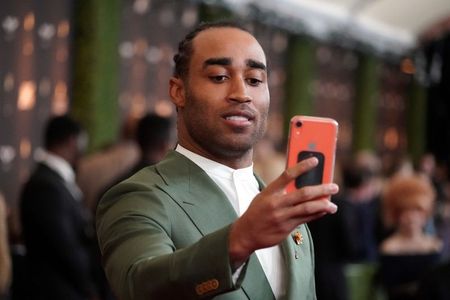 (Reuters) – The New England Patriots cancelled a practice scheduled for Wednesday after reigning Defensive Player of the Year Stephon Gilmore tested positive for COVID-19, according to the National Football League’s website.

Gilmore, who played in the team’s game on Monday against the Kansas City Chiefs, tested positive on Tuesday and underwent additional testing to confirm the result, the website reported.

The Patriots confirmed that practice was cancelled but did not elaborate.

New England’s game at Kansas City was originally scheduled to be played on Sunday but was pushed to Monday because of positive COVID-19 tests from both teams, including Patriots starting quarterback and former league MVP Cam Newton.

The Patriots are scheduled to host the Denver Broncos on Sunday in a Week Five matchup.

Last week, a game between Tennessee and the Pittsburgh Steelers was postponed until Oct. 25 after a number of Titans personnel and players tested positive for COVID-19. Two more Titans players have since tested positive.

(Reporting by Frank Pingue in Toronto; Editing by Matthew Lewis)