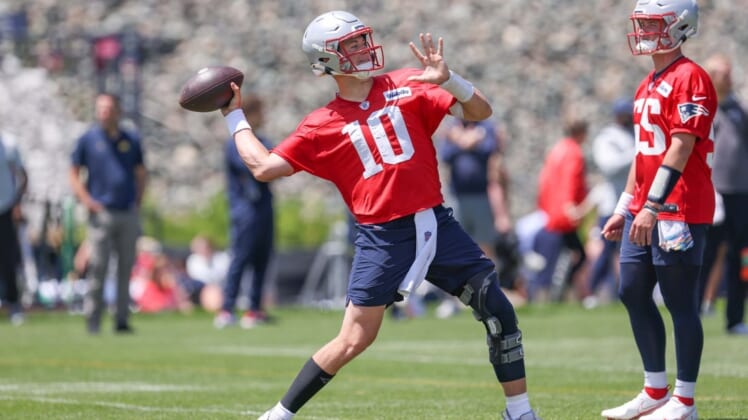 The return of the Mac is far better than Bill Belichick anticipated.

New England Patriots quarterback Mac Jones was praised by teammates in the offseason for his physical transformation. But Belichick said Tuesday, the official start of New England’s training camp, that the transformation goes far beyond locking the snack drawer.

Belichick, who said Jones checked in for camp last week with the team’s rookies and six days ahead of schedule, identified “physical work and conditioning, mechanics, footwork, understanding of our offense (and) opponent defenses” as some of the areas where Jones made improvement.

“He’s made tremendous strides,” Belichick said, speaking Tuesday before the Patriots held their first full-squad workout of camp. “He did a great job last year, but he’s starting from a much, much higher point this year from where he started last year. His offseason work has been significant, and I think everyone recognizes how well he prepares and how much further along he was than a year ago.”

When Jones, 23, reported to his first training camp last July, he was considered a developmental quarterback holding the clipboard behind Cam Newton. That narrative lasted less than two weeks as Jones worked his way into first-team reps and Newton lost ground on the practice field even before a hiatus due to a positive COVID-19 test.

“It all goes back into just trying to be a better player and person. That was my goal this offseason,” Jones said. “I feel better, I feel confident, and that’s what’s important. I’m just gonna try and go in there and do my thing and lead everybody and help us come together as a unit.”

Belichick said the offensive system has not been defined for 2022. Offensive coordinator Josh McDaniels left to become head coach of the Las Vegas Raiders and the Patriots did not name coordinators on offense or defense. Former Giants head coach Joe Judge and former Lions head coach Matt Patricia are back as New England assistants and likely to contribute to preparation of Jones in the month ahead.

“We have a much better feel for what he can do, what his strengths are, and how to try to play into those. He’s self-aware, too. He knows what he does well. We want to try to feature those,” Belichick said.