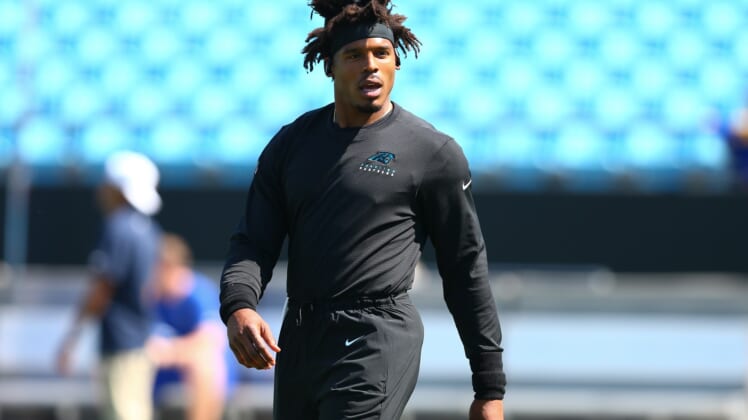 For the first time in two decades, Bill Belichick is conducting a training camp in New England without looking forward to Tom Brady starting for the Patriots.

It’s certainly a summer of transition for the six-time Super Bowl winning head coach and his team. Enter into the equation a former NFL MVP in that of Cam Newton, who signed with New England late in the offseason after an injury-plagued 2019 campaign with the Carolina Panthers.

Getting his first taste of Newton in camp, Belichick seems to be happy with what he’s seeing from the veteran signal caller.

“Cam’s a hardworking kid. He really is,” Belichick said Friday morning, via ESPN’s Mike Reiss. “He’s worked very hard, I’d say, as all of our players have. I’d say that certainly for all the quarterbacks, at that position, those guys have been locked in, focused and confident in what they’re able to do and the information they have to give to the team — playcalling, adjustments, audibles, protection adjustments, things like that. That’s all going pretty well.”

Belichick did note that Friday represents the Patriots’ first full-speed practice of the summer. They’ll take part in their initial padded practice early next week, too.

With that said, the head coach is not one who tends to heap praise in his players’ direction on a public stage.

It was noted earlier this summer that the Patriots will engage in a three-way competition to replace Brady under center. Newton will be joined by fellow free-agent signing Brian Hoyer and second-year quarterback Jarrett Stidham in the competition.

Prior to signing Newton, it seemed that New England was focused on Stidham being the team’s starter. The former mid-round pick from Auburn has impressed the Patriots’ brass.

With that said, there has to be some within the Patriots’ brass who want to go with Newton under center. The ability to move forward with another veteran at quarterback while still competing in the AFC East this coming season.

Cam Newton’s chance at a rebirth in New England

The 31-year-old Newton started just two games in Carolina last season before suffering a Lisfranc injury. That came on the heels of Newton undergoing shoulder surgery following the 2018 campaign.

The former No. 1 overall pick ultimately lost each of his last eight starts as a member of the Panthers. Sure he has the opportunity to start anew in New England, but the team’s situation is not going to make it easy.

This could very well be Newton’s final chance to prove that his days as a top-end starter in the NFL are not behind him.