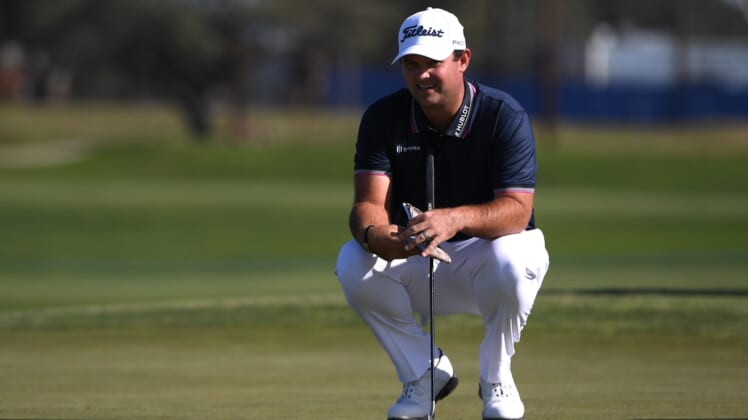 Patrick Reed and Sweden’s Alex Noren blitzed the North Course on Thursday to fire dueling 8-under-par 64s and share the lead after the first round of the Farmers Insurance Open at Torrey Pines in San Diego.

Scottie Scheffler was alone in second place after shooting a 7-under 65, also on the North Course.

Fifteen players shot 4-under or better in the first round, with 13 of those rounds on the easier North Course.

Peter Malnati and Ryan Palmer each shot a 66 on the highly regarded South Course to join a group of 12 tied for fourth place at 6-under.

Players swap courses for Friday’s second round, with rain, wind and thunderstorms expected along the California coast. The final two rounds are set for the South Course.

Reed, who started his round on the back nine, had four birdies on each side. He birdied his first three holes and closed with birdies on his 14th, 15th and 16th holes of the day before registering a par on No. 8 and 9. He played the four par 5s in 3-under par.

“You know, kind of put myself in position today where I had to go out knowing that we’re going to get pretty good conditions, go out and try to make as many birdies as possible to be able to kind of weather the storm tomorrow,” Reed said. “I was able to kind of get off to a hot start and just kind of ride momentum going on through the rest of the round and continue attacking that golf course since that’s the one you’re able to attack.

Noren, who also started his round on the North Course’s back nine, was at 4-under through eight holes after an eagle 3 at the par-5 17th hole. He posted his lone bogey at 18 before going 5-under on his final nine holes.

“I hit it very good with my irons and wedges, putted very good,” Noren said. “The driver wasn’t as good as I wanted it, but out here (on the North Course) you could get away with it if you manage to get out of the rough, hit the greens anyway. But I definitely need to shape up the driver for tomorrow.”

Phil Mickelson, a San Diego-area native and three-time winner of the event, was also in a tie for 69th place with Leishman after shooting a 71 on the North Course.

Seven-time winner Tiger Woods, who captured four consecutive titles in 2005-08, is not participating after undergoing back surgery.

The Torrey Pines South Course also is the site of the U.S. Open in June. It is one of six PGA Tour events to be played in California this year.