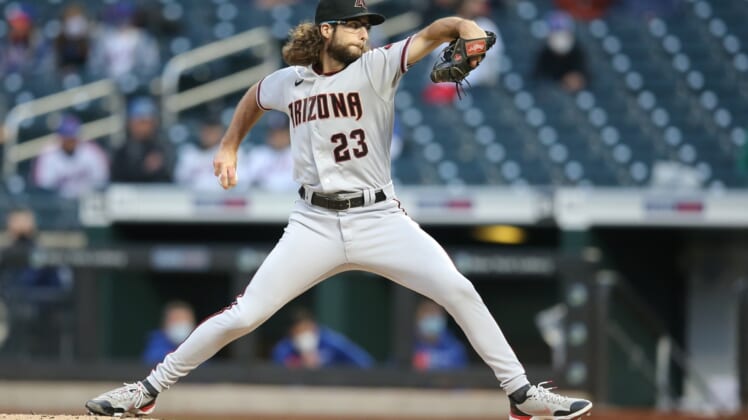 Jonathan Villar was intentionally walked to bring up Mazeika, who was recalled from Triple-A Syracuse Wednesday and was the last position player on the Mets’ bench. Mazeika, in his second big league plate appearance, fell into a 1-2 hole before hitting a slow roller in the no man’s land between the pitcher’s mound and first base. Crichton tried shoveling the ball home but the ball glanced off the glove of catcher Carson Kelly as Alonso slid home with the winning run.

Alonso then led the charge towards Mazeika, who was mobbed by his new teammates and had his jersey ripped off. Mazeika was credited with a fielder’s choice.

The win capped an eventful evening for the Mets, who trailed 4-0 after three innings and appeared to have some kind of skirmish in the tunnel between the top and bottom of the seventh inning. Smith and Michael Conforto were among the players who raced down the stairs following the last out in the top of the inning.

SNY, the network that airs Mets games, later showed images of Francisco Lindor and Jeff McNeil separately receiving reassuring hugs from teammates. Lindor hit a game-tying two-run homer — his first homer at home for New York — in the bottom of the inning.

Conforto and Villar had RBI singles for the Mets, who have won three straight.

The Diamondbacks, who have lost four straight, scored three runs in the second when Tim Locastro drew a bases-loaded hit by pitch and Kelly and Christian Walker drew subsequent walks off David Peterson. Starting pitcher Zac Gallen added an RBI fielder’s choice grounder in the third.