Patrick Mahomes volunteered to help build homes for US veterans 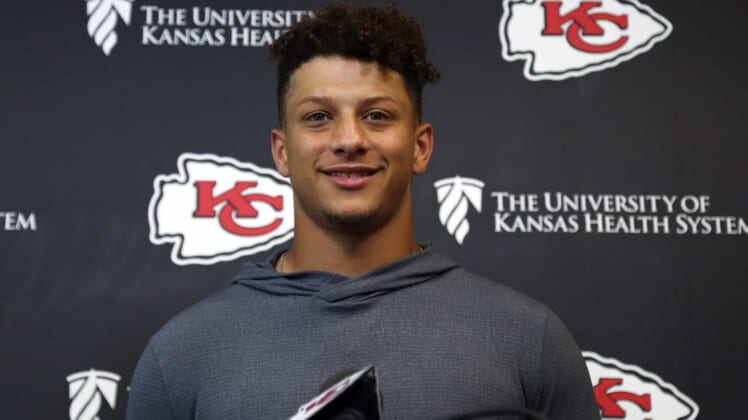 One of the hottest young superstars in the NFL today, Patrick Mahomes has the world at his fingertips.

What he chose to do with his time on Tuesday, rather than resting up for his Week 9 road game against the Cleveland Browns, says a lot about his character.

Mahomes has teamed up with CommunityAmerica Credit Union, and on Tuesday he helped put the finishing touches on some transitional homes in Veterans Village for United States veterans.

Patrick Mahomes teamed up with @CommunityAmerCU this afternoon to help build transitional housing for homeless veterans in Kansas City. pic.twitter.com/ouBPJbXxZ6

Mahomes also opened up about what this project means to him, and why he’s helping.

Before getting to work, @PatrickMahomes5 spoke about why he chose to come help build transitional homes for veterans this afternoon. pic.twitter.com/DBBHxjfOAN

Mahomes is developing into the type of leader and role model every NFL franchise wishes it had.