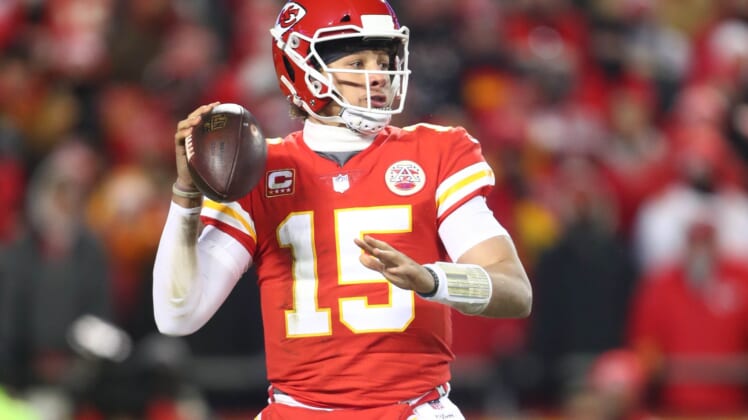 As noted by WWEI’s Dale & Keefe after the game, Andy Reid confirmed that Mahomes injured his throwing hand early during Sunday’s game.

NBC Sports’ The Camera Guys further confirmed that Mahomes went into the locker room for X-rays.

It’s been a tough season for the third-year quarterback. He was dealing with an ankle injury early this season, then suffered a dislocated kneecap during his game against the Denver Broncos. Now Mahomes is dealing with an injury to his throwing hand.

The good news is that the Chiefs won the AFC West Sunday with their 23-16 win over the Patriots.