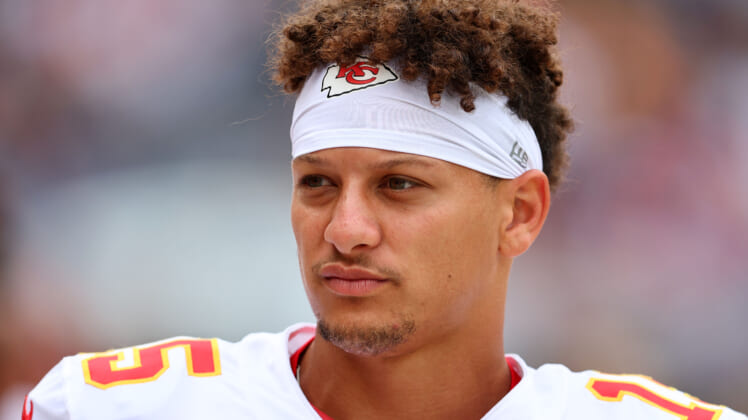 What the Kansas City Chiefs did this offseason by trading away one of the top receivers in the NFL by sending Tyreek Hill to the Miami Dolphins shocked everyone. Now we all want to know how Patrick Mahomes expects to move on without his top pass-catching target from a season ago.

While Travis Kelce’s presence can’t be cast aside. He’s certainly the top weapon for the Chiefs without Hill on the team, and he’s even led the squad in targets in three of Mahomes’ four seasons in the NFL.

But what about everyone else? The Chiefs also added JuJu Smith-Schuster and Marquez Valdes-Scantling in free agency, while later selecting Skyy Moore in the second round of April’s draft. They also still have Mecole Hardman and several others on the roster, including Josh Gordon.

So how does Mahomes plan to spread the wealth? Who’s the No. 2 target for Mahomes in 2022?

Kansas City’s first preseason game gave us our first chance to find out. Mahomes played one drive, completing 6-of-7 passes for 60 yards and a touchdown. But all six of his completions landed with different receivers. MVS was the only player who was targeted twice. Does that mean Valdes-Scantling will play second fiddle to Kelce? Not necessarily.

Well, that didn’t really clear up the picture. Everyone always says they’re going to go through their reads, not locking in on any one or two players more than the others, but that’s just not the reality. It’s OK. Mahomes had more to say.

Patrick Mahomes on the reality of the Chiefs

While Tyreek Hill is no longer around, Travis Kelce still is. But just like you and I are unsure about how Mahomes and the Chiefs plan on operating their offense and who will complement Kelce, the QB thinks all this uncertainty gives his team an advantage in gameday preparation.

In the end, it will be Kelce who once again leads the team in targets. After that? It continues to be anyone’s guess.

Chances are they didn’t sign Smith-Schuster just to act as a decoy. The same goes for Valdes-Scantling, whose speed will be effective down the field, and his 6-foot-4 frame brings a different type of athlete than Hill was. With all these new additions, will they collectively be able to replace Hill and his 1,239 yards and nine touchdowns from a year ago? That’s why they play the games.

Related: Kansas City Chiefs Patrick Mahomes on Black QB criticism: ‘We’ve had to battle to be in this position’