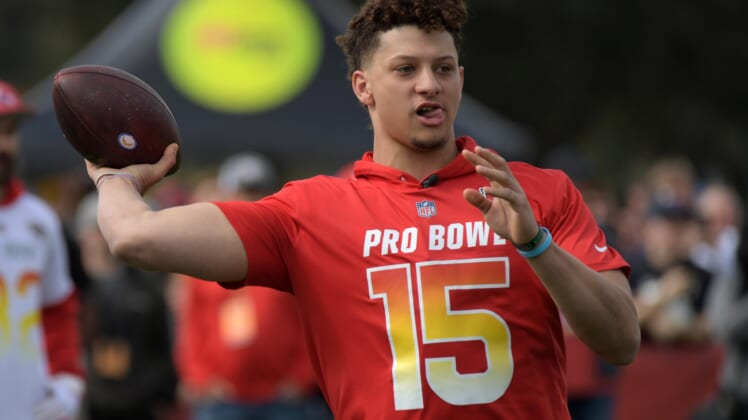 Patrick Mahomes has a rocket for an arm. That’s not up for debate. Anyone who watched him sling darts all over the field at Texas Tech and at the NFL level with the Kansas City Chiefs can attest to the truth of this.

However, as James Koh of Fantasy Zone pointed out, having a rocket for an arm doesn’t necessarily mean that Mahomes was out there throwing darts into tight windows last year.

In fact, Koh says no other quarterback threw that type of pass less than Mahomes.

It would be easy to take this as a critical piece of information that Koh is putting out there. Especially considering Mahomes’ incredible, history-making performance during the 2018 season.

Mahomes, however, opted to take the high road and offered an alternate take on his unwillingness to throw into tight windows.

And, it just so happens, Mahomes is once again favored to bring home that hardware as the MVP of the 2019 season.