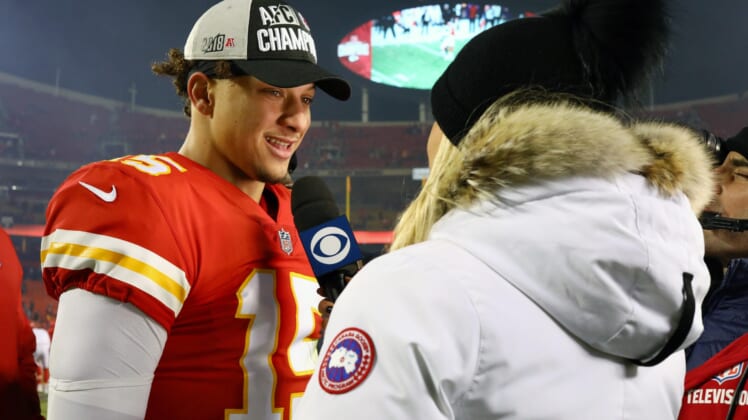 As Patrick Mahomes and the Kansas City Chiefs battled the New England Patriots at Gillette Stadium Sunday, his girlfriend and brother were battling Patriots fans.

Brittany Matthews, Mahomes’ girlfriend, shared on Twitter that one of the fans identified her and prompted other fans to “give them sh–” to the point where security had to get involved and moved them to a “safe place.”

There’s home-field advantage and all that it brings, and then there’s what happened to Matthews and Mahomes’ brother. Just a shame.

However, you may remember this isn’t the first time Patriots fans have treated a member of the Chiefs poorly. One fan was banned from attending events at Gillette Stadium for life after dumping beer all over Tyreek Hill following a touchdown scored just last year.