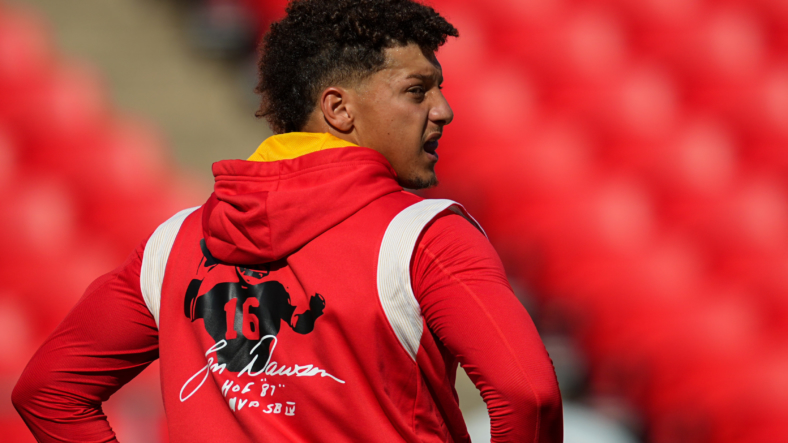 Yes, Patrick Mahomes took the field during the Kansas City Chiefs’ final preseason game of the year on Thursday night. But the moment was brief, as the superstar quarterback only did so to pay respect to the late former Hall of Fame Chiefs great Len Dawson.

Dawson, who passed away on Thursday at the age of 87, spent 13 seasons as the starting quarterback for the Chiefs from 1963 to 1975. He led his team to an NFL Championship in the 1969 season, where he won MVP in Super Bowl IV in a 23-7 victory.

In his time leading the Kansas City offense, Dawson had a huddle that looks much different than what we see in the NFL today. Back then, Dawson led what some refer to as a ‘Choir Huddle’.

So that’s exactly what Andy Reid’s Chiefs did today, with Patrick Mahomes leading a similarly styled huddle on their first possession of the game. The Chiefs ended up basking in the moment, taking a delay of game penalty before Mahomes left the field, giving way to backup quarterback Chad Henne.

Patrick Mahomes did not officially take a snap, aside from the intentional penalty. But it was still cool to see him and the team pay homage to a local legend.

By keeping Mahomes off the field, he should be able to enter the 2022 season at 100%, which is always priority No. 1 for every franchise coming out of preseason play. There’s no need for him to get any other work in. We know what he’s capable of. After Mahomes had a chance to get hit in Week 2, which he said he wanted, he appears locked into their Week 1 matchup against the Arizona Cardinals.