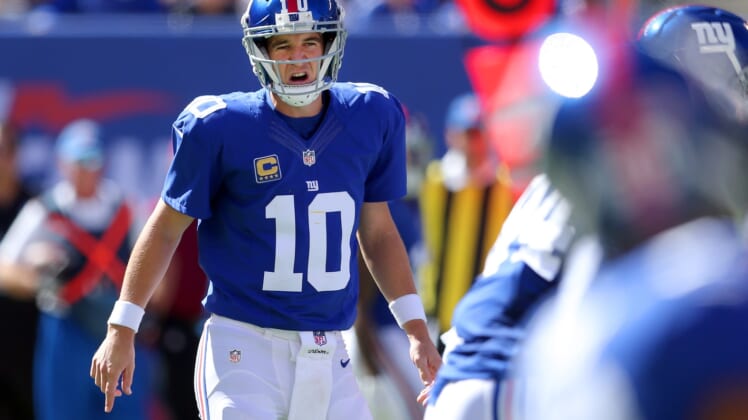 The New York Giants continue to hint that they are actually going to take a bold step and draft a quarterback who will eventually replace Eli Manning.

On Tuesday during the annual league meetings, head coach Pat Shurmur added his thoughts, saying he’d like to find Manning’s successor “sooner than later” and would ideally like that young quarterback to sit behind Manning for a year, per Ralph Vacchiano of SNY.

For what it’s worth, we have recently opined that New York won’t be able to legitimately move forward until Manning is no longer the quarterback under center for Big Blue.

The 38-year-old veteran has struggled the past couple of years, throwing 40 touchdowns and 24 interceptions while oftentimes looking completely inept in the red zone (like this).

Armed with the No. 6 overall pick of the 2019 NFL Draft, New York could opt to either move up to land the quarterback of their choosing, or hope their guy drops to them at that spot.