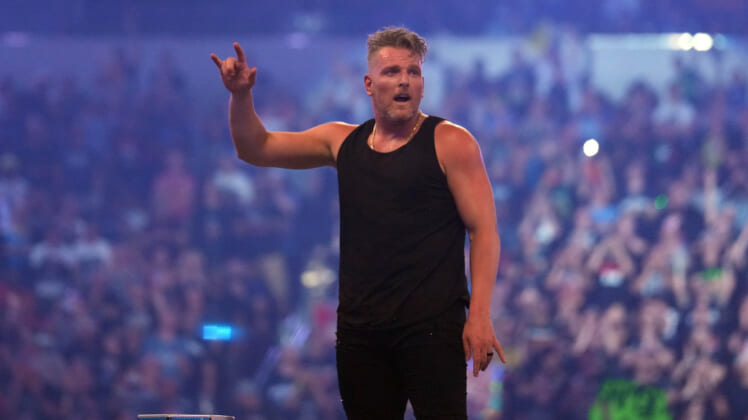 Former Indianapolis Colts punter Pat McAfee may have initially made a name for himself thanks to his ability to boot a football, but ever since his retirement at the end of the 2016 season, the All-Pro has become known for so much more.

Aside from his eight seasons spent as a punter and kickoff specialist, McAfee’s biggest claim to fame may be from The Pat McAfee Show which can be heard weekly on YouTube and Sirius XM. The transition from McAfee’s post-playing career to his media career has been more successful than anyone could have anticipated, which could soon give him an even bigger platform.

According to Ryan Glasspiegel of the New York Post, McAfee has also been discussing a partnership with Amazon to join the “Thursday Night Football” broadcast team in some capacity. Amazon has already landed Al Michaels and Kirk Herbstreit to operate as the play-by-play and analyst for TNF games, but it’s unknown exactly how they’d plan to use McAfee as well.

McAfee has noted that he’s not interested in being a color commentator, citing the time investment needed to do the gig.

In addition to contributing on game days, McAfee’s radio show could also be added to Prime Video subscribers as part of the agreement.

We’ll see what Amazon and the recent WrestleMania star have up their sleeves next. But we could be seeing and hearing a lot more from him on television next season. Based on his growing popularity, moving to television in front of millions of fans is a natural fit as McAfee’s next step in his career.