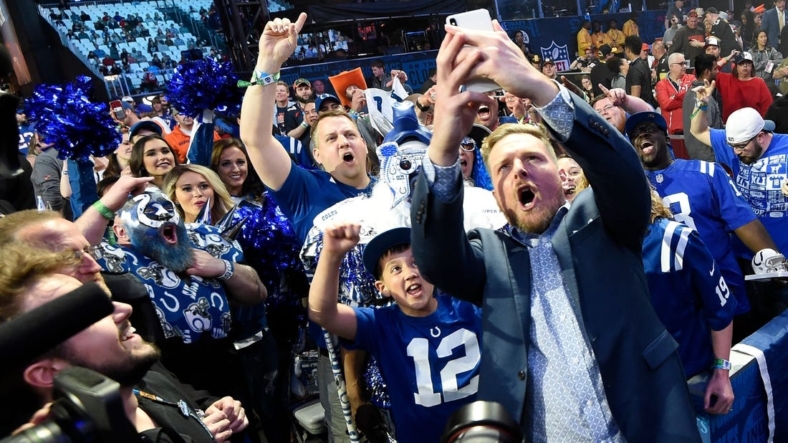 McAfee, the Mountaineers’ kicker and punter, missed kicks of 20 and 32 yards in what ended up a 13-9 victory for Pitt in the “Backyard Brawl” rivalry. West Virginia had entered the game 10-1 with legitimate aspirations for a national championship.

McAfee said he received death threats and messages encouraging his suicide over social media. Further, he was known for mingling with fans and hosting an annual barbecue with his roommate and teammate, meaning many fans in Morgantown knew where he lived.

The 2022 season marks the 15th anniversary of that West Virginia team, and the teams will open their season in Pittsburgh on Thursday night, renewing a rivalry that hasn’t been played in football since 2011.

McAfee went on to spend an eight-year NFL career entirely with the Colts, after which he launched a digital media career that includes hosting “The Pat McAfee Show” and working with WWE.

He told Sports Illustrated that he has only returned to West Virginia’s campus once since he departed.

“It’s tough. I let down a lot of people. Do you want to pop back in and go to a place where you literally made every human there miserable and upset? That’s not my vibes,” he says. “I let down basically everybody I care about — my family, myself, my teammates, my coaches, everybody who’s invested time in me at West Virginia.”