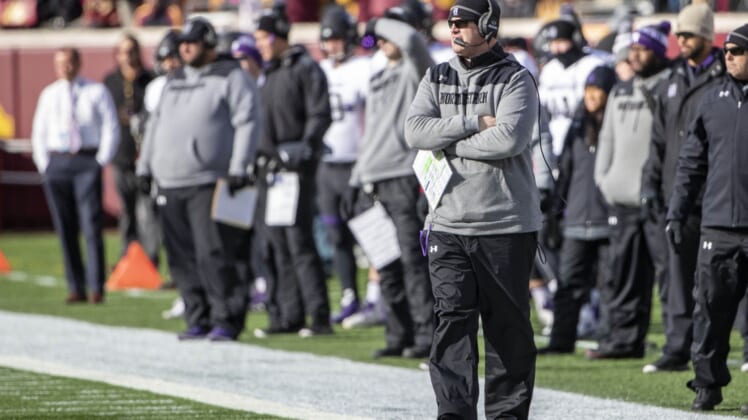 Northwestern head football coach Pat Fitzgerald was asked to chime in on why college football is struggling with attendance numbers. His response will likely strike a chord with many.

During his time at the podium at B1G Media Days, Fitzgerald pulled out his phone and said “phones” and “technology” are at the heart of the problem.

Fitzgerald said too many young people have their heads down looking at their phones, rather than seeing what’s going on around them. There’s certainly something to all that.

However, there’s a counter-point to all this, as well, at least as it relates to Big Ten football, and in particular the Northwestern games.

For better or worse, technology is taking over our lives. The best thing to do at this point is either figure out how to get on board, or just accept that things are changing and move on.