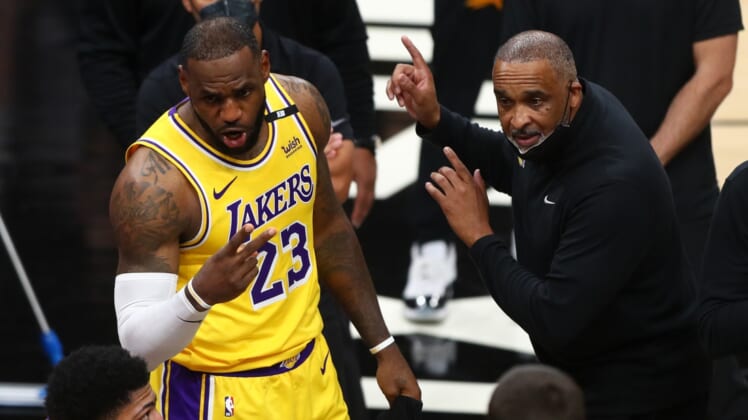 LeBron James is the first NBA player to record 10,000 career assists, rebounds and points, establishing membership in the 10K Club on Sunday night.

James and the Lakers were trailing big against the Phoenix Suns when he zipped a pass across the court to Carmelo Anthony for a 3-pointer to notch assist No. 10,000.

He is the seventh player in NBA history to reach 10,000 assists.

James is on pace to become the oldest player to lead the NBA in scoring, helped by a 50-point performance against the Washington Wizards on Saturday. It was his second 50-point effort in three games.

James entered the game with a 29.7 scoring average.